The Argentine government has imposed a 30% tax on purchases made in foreign currency. This 30% will occur over the official exchange rate, today between 82 and 83 pesos (ARS) for each dollar.

The measure, announced on Sunday by Cabinet Chief Santiago Cafiero, will include airline tickets and even streaming services such as Netflix, according to the Brazilian newspaper Valor Econômico.

Get the best data and insights about this new addressable market, and discover the opportunities for global companies. 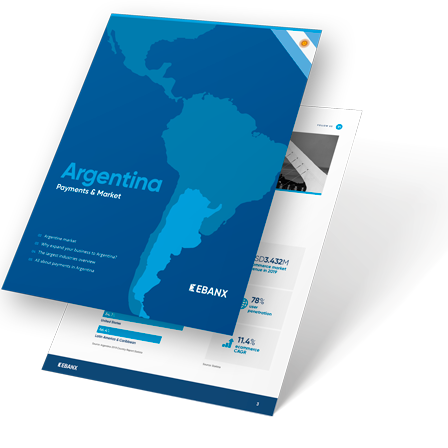 According to Clarín, there are questions in the local tourism industry as to how this will affect renting in Argentina through foreign agencies such as Airbnb and Booking.com.

As pointed by Bloomberg, a similar tax was used during the administration of President Cristina Fernandez de Kirchner, which ended in 2015. She is now vice president under Alberto Fernandez.

Also this weekend, other measures were announced by decree by the new government of Alberto Fernández, including the surcharge of exported agricultural products, such as corn, wheat and soybeans, and the payment of double compensation in cases of unfair dismissal.

As Clarín and the Brazilian news portal G1 point out, the increase in the rate on soybean exports, for example, Argentina’s main export product, is quite significant. Before the change announced by Fernández’s government, producers paid 18% on exported grains. Now, they will pay 30%.

According to a note from the Argentine government, “the serious situation faced by public finances” makes this kind of measure necessary to “provide urgent fiscal measures that allow at least partially to meet budget expenditures with genuine resources.”

In general, analysts see the measures as a return of Argentina to its protectionist roots.

By joining Facebook’s Libra, Shopify wants to “empower more entrepreneurs around the world”