Facebook’s CEO Mark Zuckerberg has confirmed the official launch of WhatsApp Payments this year. According to the executive, the technology will be available to users over the next six months in countries where WhatsApp has a strong presence in, like Brazil, Mexico, India, and Indonesia.

“I’m really excited about this, and I expect this to start rolling out in a number of countries and for us to make a lot of progress here in the next six months,” said Zuckerberg on an earnings call with analysts.

ALSO READ: LABS special: The Rise of WhatsApp from messaging to purchasing tool in Brazil

Get the best data and insights about this new addressable market, and discover the opportunities for global companies. 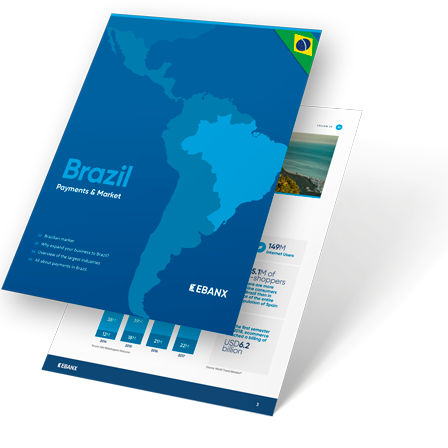 “You’ll be able to send money as quickly and easily as sending a photo. We got approval to test this with a million people in India back in 2018,
and when so many of the people kept using it week after week, we knew it was going to be big when we get to launch,” he added. “On payments, we’re focused in different places with different products. For things like Instagram, and even a lot of what we’re doing on Facebook, it’s a lot more developed countries; for WhatsApp, it’s the biggest countries on WhatsApp. So that’s countries like India and Mexico and Brazil and Indonesia, which will make up a large part of the community on WhatsApp.”

Embedded within the company’s payment ecosystem, Facebook Pay, the new service will allow users to pay for something on any of Facebook’s apps, without needing to enter their credit card details more than once, using it across the suite. The executive explained that this solution, however, is different from Libra, which will have its own operation independent of the company and with other partners.

“We’re taking a number of different approaches here, ranging from people buying and selling to each other directly to businesses setting up storefronts, to people engaging with businesses directly through messaging and a number of things on payments ranging from existing — using existing national systems like India’s UPI to creating new global systems,” Facebook CEO said.

Seeking to surf the wave of digital payments transformation in emergent markets, Facebook’s choice for these countries is hardly a mere coincidence: besides being leaders in WhatsApp usage, those are places with plenty of room for growth when it comes to digital payments, due to a large unbanked population and inefficiency of traditional institutions.

By joining Facebook’s Libra, Shopify wants to “empower more entrepreneurs around the world”