Collection Brazil is Back in the Game

Brazil is a hub for great investments, past, present, and future

Imagine combining hot trend lifestyle products with attractive prices. Light In The Box was founded in 2007 by Quji (Alan) Guo alongside three other co-founders with one particular purpose in mind: to offer a wide range of the latest lifestyle products in the most suited way to shop. Oh, and last but not least: at highly competitive prices.

Apparel, small accessories, gadgets, and home & garden are the core categories of LITB, whose innovative and data-driven business model allows the company to offer very customized products, often not available in many countries. 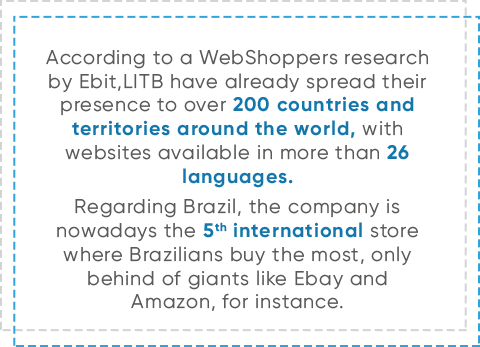 These figures, especially the last one, show the success LITB holds when it comes to spreading their wings globally in ways that few companies manage to do, as Brazil is the biggest market in online sales among all Latin American countries.

But, as a matter of fact, it hasn’t always been like that. Despite the great aspiration the company had to expand their business globally, the challenge was as big as the craving, and even though they had the tools to expand successfully, they were still missing a point: a little help from local partners. 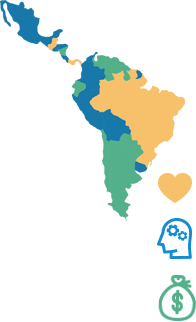 But let’s go back a little bit:

Latin America became one of the strategic regions for Light in the Box expansion in 2017 due to the business potential of the region and the huge and fast regional ecommerce growth figures.

However, the main challenges in navigating through 33 countries that have different cultures, languages, currencies, infra-structures, payment ecosystems and preferences were related to successfully adapting to the local market. And regarding Brazil, the mission would demand some further – and very particular – efforts.

The biggest ecommerce market of Latin America, Brazil stands as the most promising country for merchants looking to expand their e-businesses across borders, generating more than BRL 50 billion in annual ecommerce sales. In 2017, the purchasing power grew 3% in the country where foreign culture is something really present among the youngest. All that scenario points out in a clear direction: the rising motivation of Brazilian consumers in purchasing international goods and services.

Read more about the Brazilian e-commerce market at:
https://labs.ebanx.com/en/ecommerce/ecommerce-in-brazil-market-and-industry-overview/

Representing a big opportunity, Brazil was in the sights of LITB. Investing all efforts to conquer the promising Brazilian market, the company implemented: a store operating in portuguese, media investment, customer service… and yet, something was lacking. 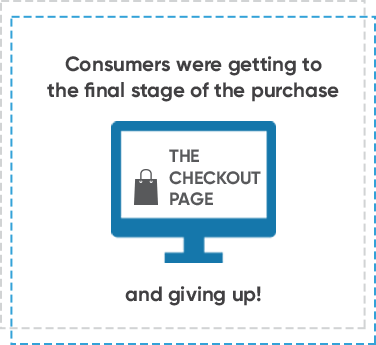 But, what was the reason for the purchases have been arriving all the way through the checkout, and then, suddenly – being abandoned?

“Brazil was the country with the biggest impact after the adoption of local payment methods.”

Local strategies orchestrated with local partners are a powerful tool to, not only increase customer's loyalty, but win new ones.

After realizing the payments challenge, Light In the Box became aware of the need of developing local strategies to solve that matter: and this was when EBANX – a global fintech that helps international business to grow faster in LatAm by offering a local payment experience came into picture. 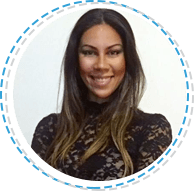 For Debora Pacheco, Regional Business Leader for Latin America in LITB, having a Brazilian company backing up and promoting their services, continuously helps LITB to build trust and credibility, especially among those potential customers that are not aware that it is possible to pay with local payments and/or might still be skeptical of buying from companies from China.

That being said, it is not hard to imagine that the partnership carried out between LITB and EBANX since 2014, was, indeed, cutting edge.

Consider this: in order to enable sales with local payment methods, what are the biggest mission a company must face? Simply put, not simply done: bureaucracy.

When EBANX stepped into the scene, the main achievement of the partnership was something called “local acquiring”. In a nutshell, in order to enable sales with domestic cards and installments (heads up for this one!), the company would have to enroll a bunch of tasks and duties to be properly suitable for the mission. In other words: open and register the company in Brazilian territory, fit in with the local legislation, register at the National Central Bank, to name a few among a long – and complex – list of errands.

So, when these two companies joined forces and solved these issues by putting them out of the way, everything has changed. Without the bureaucracy, LITB sales started to succeed in Brazil, with EBANX mediating the two parties: in one side, offering local payments suitable for Brazilian consumers and – in the other – processing payments directly to LITB revenue, expanding the payments range of the company.

Even though LITB and EBANX were in a strong and profitable relation since 2014 – things changed again in a groundbreaking way earlier this year, in 2018 March. And we are talking about installments. 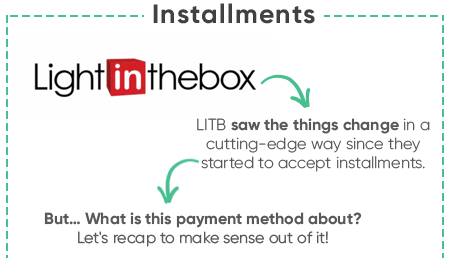 Part of Brazilian’s DNA, the method in which you can split the total value into smaller amounts to be paid monthly is what we call installments. But why is the habit of paying in installments so popular in Brazil, while in the rest of the world consumers are used to paying all at once for a purchase?

The key point here is purchasing power. Imagine yourself as a Brazilian e-shopper with an average monthly income of USD 550. Have in mind that this monthly amount needs to cover all your basic expenses, considering that most Brazilians don’t have the habit to save money regularly.

Did you picture it? Ok… so let’s say one day you find yourself with a broken smartphone – and buying a new one could compromise half of your income. What would you do in that case? For a Brazilian, the answer is as simple as that: Pay by installments.

So, in this scenario, rather than paying outright, you would be able to pay for your new smartphone in parcels spread throughout the year, in amounts that would fit in your budget. 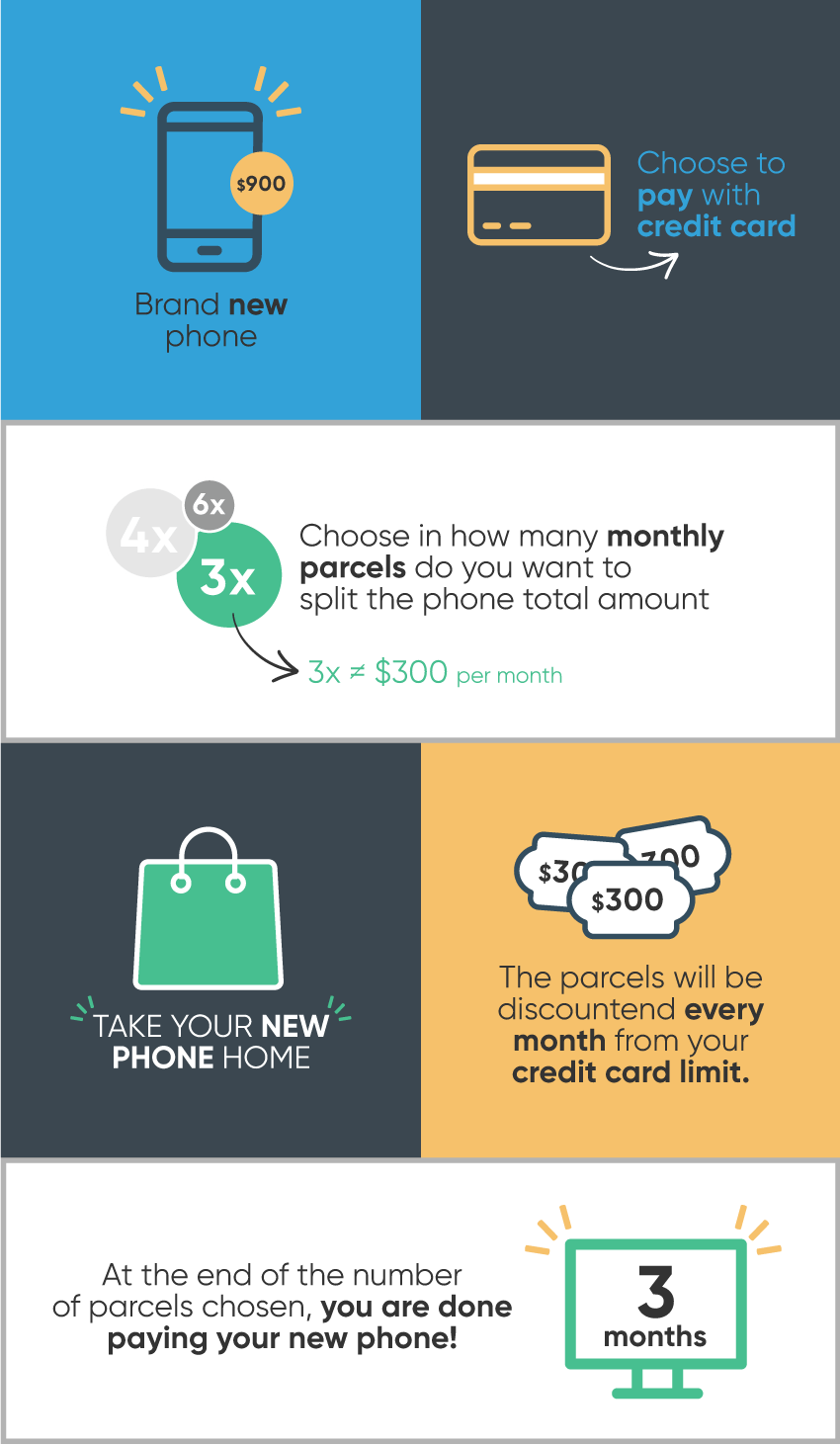 Part of Brazilian culture and economy, Brazilians are used to pay with this method not only on high-ticket items, but even for their daily expenses. A great mechanism to increase the purchasing power, installments allow consumers to achieve products that they couldn’t otherwise without having to worry about interest – which is also, from a merchant’s perspective, a big opportunity to sell higher value products, besides a new way of motivating customers to return to their stores and shop more often. In short: the consumers split the payment, the merchant get it all at once.

Implementing local payment methods in Latin America is a way to turn challenges into opportunities.

With all this data in mind, LITB not only saw a great potential, but a huge opportunity. And this was when they decide to start processing installments in Brazil. The company’s campaign motivated customers to choose installments up to 3 monthly quotes, without interest. In order to spread the word, EBANX promoted the campaign through The Shoppers channels, such as Blog/Instagram/Facebook posts, YouTube videos, Google and Social Media Ads and Email Marketing. And the results were quite impressive.

“After adding local payment methods, sales increased an average of 30-40%.”

One of the biggest accomplishments of LITB installments campaign (along with the company’s investment in the country) can be seen if we take a quick look at the following data:

With a high rate of sales between November and January, the company registered an alarming drop in February, month that, alongside with March, don’t have any seasonality in the country. It is worth pointing out that this is one of the worst periods for Brazilian e-commerce, generally speaking. However, when they started to accept payments by installments, combined with higher capital investment towards Brazil, on the very same month of March, sales started to strikingly increase.

And the best part was: surpassing the sales target, the company achieved almost the triple of the amount expected, volume reached after 30 days, only with installments transactions.

All this data from LITB’s installments campaign in Brazil has awarded valuable insights for the company, that saw its volume enhance up to an impressive rise regarding number of transactions, and most of all, processed amount, once installments encourage customers to buy more expensive products. For instance, the average ticket of credit card transactions increased 40% during the campaign.

But what it all that figures mean? Not only express that the value of products acquired with credit card was, on average, higher than the products payed with boleto, but more than that, highlight the impact of installments when it comes to raise the purchasing power, since the growth was even higher if we look at the comparison between credit card 1x (payment all at once) and credit card 3x (installments split in 3x).

Above all, these results has unfolded the impact of the campaign in raise – and keep raising – the average ticket on the following months.

Get to know the market from the inside out is key when it comes to expand successfully. That is the only way possible to understand the consumer habits, culture, preferences and needs. And sometimes – or should we say often? – that range of features can be surprisingly different from your local market. So if we were able to sum up all that story in just one tagline, we could tell you: Want to go global? Then think local!

“If you operate in Brazil and Mexico, you are basically conquering Latin America,” says the Shark Tank Mexico judge, Marcus Dantus

The prosecutor, the president, and the spy: a Latin-Iranian plot

Chinese app TikTok opens new office in the US