If you have been reading the news lately, you probably might have read the words “Argentina” and “crisis” in the same sentence a couple of times. It is true that the country is not in its best economic moment; still, the economic fluctuation is not enough reason for global businesses to stop doing business in the country.

To discuss this landscape, we invited to the stage of the EBANX Summit 18′ the director of the Argentinian Chamber of Electronic Commerce (CACE), Gustavo Sambucetti.

Read more: Learn everything that was discussed about Latin America at the EBANX Summit 18′

Following Sambucetti, the event also had EBANX Product Manager, Sebastian Fantini, talking about the payments landscape in the country in an exclusive workshop.

Keep reading and see what these two experts had to say during the event that reunited more than 200 participants interested in getting to know the full business potential of Latin America. 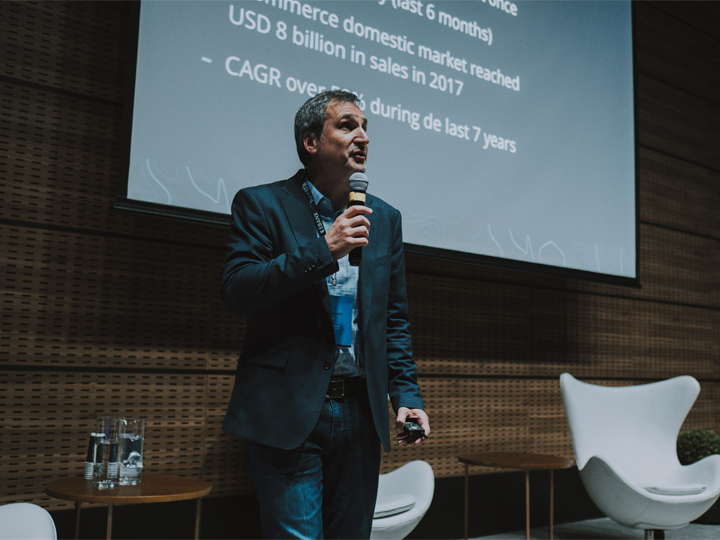 Proving all the potential and the opportunities that Argentina has to offer, Sambucetti brought up some impressive data on the matter. Besides the CAGR of 50%, the director of CACE also stated that in 2017 alone, local ecommerce stores had a combined revenue of 8 billion dollars in sales.

Sambucetti also demonstrated that the previous, protectionist politic model does not reflect on the country’s current moment anymore, especially when it comes to international ecommerce. Among the more than 18 million Argentinians that shop online often, 43% have already purchased from a foreign website. Sambucetti says that the reason for that is cultural. “Argentinians are pioneers, they crave for important goods and are always looking for the best prices”, states him.

Argentinians and the habit of paying in cash 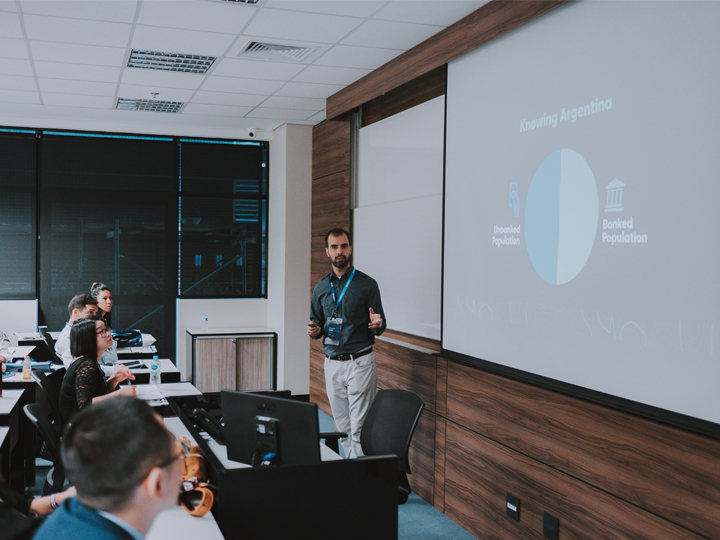 Half of the Argentinian population has a bank account, yet, from those, 20% don’t use their bank account. Why does this happen? Sebastian Fantini revealed in his workshop that there are three main reasons for that:

In other words, even those who could have access to a bank account, and consequently to credit and debit cards, often end up opting for cash as the payment method, due to the informality of the economy.

Have you ever got to a cashier to pay for your purchases using, say, a debit card, and was informed that that payment method was not accepted?

While in Brazil this is also not a common scenario, brick-and-mortar stores in Argentina that accepted debit cards, until recently, were rare. By analyzing the country’s landscape from this point of view, it becomes easier to understand why cash is still such a popular payment method over there.

According to Fantini, one of the latest governmental efforts to formalize the economy was an initiative by AFIP (the revenue service of Argentina), which obliged all physical stores to accept payments with debit cards. The goal was to increase the usage of the more than 45M credit cards + 40M debit cards that were active in the country.

This measure was mandatory, so, every store had to quickly adapt to the new reality. Many of these shops started accepting various card schemes, nevertheless, Visa holds 70% of market share, hence how common it is to find establishments that only accept credit card payments with Visa.

Since cultural aspects are so strong in the offline world, it isn’t hard to figure out that cash payments are the main player in ecommerce as well. According to internal data from EBANX. Voucher/cash payment methods represent around 40% of the total amount of payment options used in the country.

Everything stated by Sambucetti and Sebastian leads to the final conclusion that continuing to associate Argentina to an economy closed to the international market is a mistake. As Sambucetti stated, the 8 years of economic reclusion, a mark of the previous administration, are long gone; Argentina is back on the growth path.

The country is huge, with lots of opportunities for international businesses; yet, there are three factors determine success when cross-selling to the country:

If you want to know more about Argentina and other Latin American countries, sign up to our newsletter and receive fresh and unique content straight to your mailbox.

That was just a sneak peek of what happened during the Summit. We have much more content to share with you containing lots of information from market specialists and EBANX professionals. Sign up to our newsletter and receive all posts about the event.


Get the best insights about Latin America market in your inbox